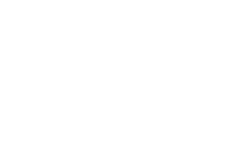 
TRS will provide updated information on this web page, as appropriate, as this litigation develops.

The Attorney General's (AG) Office, on behalf of the State and TRS, entered into a settlement agreement that upholds Judge Menahan's decision in Byrne v. State of Montana. The agreement includes a stipulation that the AG's office will not appeal the decision to the Supreme Court and the plaintiffs have waived any claim for attorney fees. This means that eligible Tier One members of TRS (hired prior to July 1, 2013) will continue to receive a 1.50% GABA on January 1 of each year. Eligible Tier Two members of TRS (hired on or after July 1, 2013) will receive a variable GABA ranging from a minimum of 0.50% to a maximum of 1.50% on January 1 of each year depending on the funded status of the plan.

On June 30, 2015, District Court Judge Mike Menahan ruled in favor of the plaintiffs in Byrne v. State of Montana. The court found that the GABA is part of TRS benefits and is subject to protection under the 'contracts clause' of the Montana Constitution.

The Order On Motions For Summary Judgement states, "The 2013 Legislature passed a law that unnecessarily reduced pension benefits for school teachers and other public education professionals. The undisputed facts in this case demonstrate that increased contributions borne by workers, employers, and the State, which is the guarantor of the TRS, brought the system back to actuarial soundness without cutting any benefits." The court ruled that the GABA will remain at 1.50% for TRS Tier One members. The adjustable GABA (rate determined based on the funding status of the system) will apply to TRS Tier Two members (members hired on or after July 1, 2013). If you are interested in reading the 22 page Order, you can link here to the pdf file.

At this point, the State has the option to appeal the decision to the Montana Supreme Court. We will notify you of any updates to this case on this page.

Judge Menahan heard oral arguments on the cross-motions for summary judgment filed by both the Plaintiffs and the State on Thursday, March 5, 2015, at 2:00 p.m. As of this date, there are no further updates.

In October of 2013, several TRS active members and retirees filed a lawsuit (Byrne v. State of Montana) alleging the reduction to the TRS guaranteed annual benefit adjustment (GABA) enacted by the 2013 Montana Legislature as part of House Bill 377 and signed into law by Governor Bullock is unconstitutional. Attorney General Tim Fox represents the State of Montana, including TRS, in the litigation.

The case is pending before Judge Mike Menahan in the First Judicial District Court (Lewis and Clark County), and is currently scheduled for a two day bench trial beginning March 9, 2015. On July 25, 2014, the Plaintiffs filed a motion and supporting brief seeking summary judgment. A motion for summary judgment is a party's argument that there are no issues of material fact to be determined at trial and that applicable law requires a decision in the party's favor. If all of the issues raised in a case are resolved by the court through summary judgment, no trial is necessary.

The case has been scheduled for a three-day bench trial to be heard by the Judge, without a jury. The trial will begin on March 9, 2015.

GABA Remains at 1.5% -- District Judge Mike Menahan has granted a preliminary injunction to MEA-MFT and six other plaintiffs. This prevents an an automatic reduction on January 1, 2014 in the Guaranteed Annual Benefit Adjustment (GABA) from 1.5% to 0.5%.

The hearing for preliminary injunction regarding the decrease in GABA scheduled to take effect January 1, 2014 was held today before district court Judge Mike Menahan. The judge expects to have a ruling before the end of the year.

The State of Montana, along with TRS and its Board, were named as defendants in a lawsuit filed on October 11, 2013.